When Murray Blaire invites his three grown children to his New Hampshire farm for a few days, he makes it clear he expects them to keep things pleasant. The rest of his agenda–using Ruth and George to convince their younger sister, Lizzie, to break up with her much older boyfriend–that he chooses to keep private. But Ruth and George arrive bickering, with old scores to settle. And, in a classic Blaire move, Lizzie derails everything when she turns up late, cradling a damaged family cookbook, and talking about possible criminal charges against her.

This is not the first time the Blaire family has been thrown into chaos. In fact, that cookbook, an old edition of Fannie Farmer, is the last remaining artifact from a time when they were a family of six, not four, with a father running for Congress and a mother building a private life of her own. The now -obscured notes written in its pages provide tantalizing clues to their mother’s ambitions and the mysterious choices she once made, choices her children have always sought without success to understand. Until this weekend.

As the Blaire siblings piece together their mother’s story, they come to realize not just what they’ve lost, but how they can find their way back to each other. In this way, celebrated author Elisabeth Hyde reminds readers that family survival isn’t about simply setting aside old rivalries, but preserving the love that’s written between the lines.

My Thoughts: From the very first page of Go Ask Fannie, the reader is offered a peek into the squabbles between two adult siblings who are on their way to their dad’s home in New Hampshire.

Ruth, the eldest, an attorney who lives in Washington, D.C., is full of criticism and advice, trying to immediately take control of the situation. George, who is a nurse, gives back his point of view, too, but he shows a bit more empathy. The two are fighting about what should happen to their father, Murray, who is 81 and so far maintaining his independence.

Upon arrival, the third sibling enters the picture, with her own battles to fight. Her much older boyfriend has ruined the family’s Fannie Farmer cookbook, the one legacy they have from their mother, Lillian, who had died thirty-two years ago, along with their brother Daniel.

Between the lines, we learn more about the family dynamics as the author shows us what those interactions look like, while the multiple narrators take us back and forth in time. By the end of the story, we have a clearer picture of the family’s secrets, the untold wishes and dreams, and the mistaken beliefs they each held.

A story with distinct characters one could easily love and hate at the same time, this one offered us a glimpse of what life could look like if each of them shared these hidden truths. 5 stars. 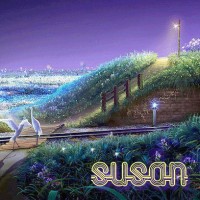