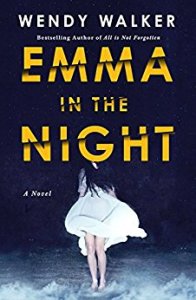 One night three years ago, the Tanner sisters disappeared: fifteen-year-old Cass and seventeen-year-old Emma. Three years later, Cass returns, without her sister Emma. Her story is one of kidnapping and betrayal, of a mysterious island where the two were held. But to forensic psychiatrist Dr. Abby Winter, something doesn’t add up. Looking deep within this dysfunctional family Dr. Winter uncovers a life where boundaries were violated and a narcissistic parent held sway. And where one sister’s return might just be the beginning of the crime.

My Thoughts: Emma in the Night was a story that began when Cassandra Tanner came home, three years after she and her sister Emma had disappeared. Jonathan and Judy Martin remained at the family home, and when Judy opened the door upon Cass’s knock, she didn’t seem to recognize her daughter. Or was she pretending?

Alternating narrators take us from the past to the present and back again, weaving together a tale of a narcissistic mother, a cruel stepfather and his equally cruel son, and two sisters who learned at an early age that love means playing tricks and resorting to emotional weapons. A bitter custody battle, a home that was a battleground, and uncertainty of one’s place in the world or in the family would create the kinds of scenarios that unfold in this novel.

Dr. Abigail (Abby) Winter and Leo Strauss are FBI agents tasked with interviewing Cass and her family. The stories Cass tells are interspersed with her reflections and thoughts about past events. She constructs a story that will capture the interest of the media and the agents…and then, at some point, the story starts unraveling as Abby realizes that some things about Cass’s tale feel contrived. They don’t quite add up.

I thought it was interesting that Cass referred to her mother as Mrs. Martin, even to her face. It was clear that there was no love lost between them, although Judy Martin, the mother, was good at putting a perfect face on things. Sometimes she could even fool her daughters, making them believe that she loved them. She definitely needed to “win” whatever battle they were playing, garnering all the attention from whoever happened to be in the room.

Very cleverly drawn, the characters felt real, while their actions had me wondering what to believe, even as I wanted everything to come together in a picture perfect way at the end.

Abby’s narratives were astute and it was clear that she had expertise with the narcissistic personality due to her own family life. Sometimes she worried that she wasn’t objective, but in the end, her assessment was spot on.

I liked how we slowly discovered the truth…and then were left with a bit of hope, along with some fear for the future. 5 stars.

10 thoughts on “REVIEW: EMMA IN THE NIGHT, BY WENDY WALKER” 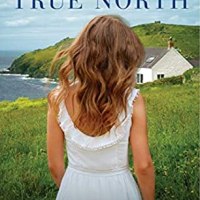