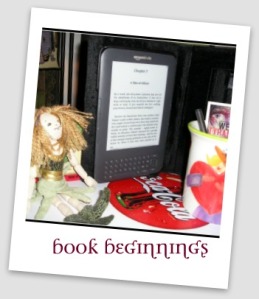 Welcome to some serendipitous fun today as we share Book Beginnings, hosted by Rose City Reader; and as we showcase The Friday 56 with Freda’s Voice. 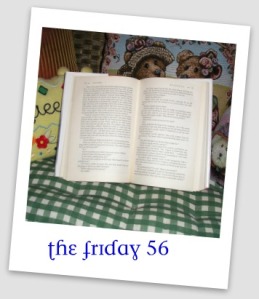 Today I’ve grabbed a book from next week’s list:  The Girl Below, by Bianca Zander (an ARC). 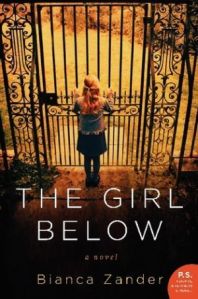 Blurb:   Suki Piper is a stranger in her hometown. . . .After ten years in New Zealand, Suki returns to London, to a city that won’t let her in. However, a chance visit with Peggy—an old family friend who still lives in the building where she grew up—convinces Suki that there is a way to reconnect with the life she left behind a decade earlier. But the more involved she becomes with Peggy’s dysfunctional family, including Peggy’s wayward sixteen-year-old grandson, the more Suki finds herself mysteriously slipping back in time—to the night of a party her parents threw in their garden more than twenty years ago, when something happened in an old, long-unused air-raid shelter. . . .A breathtaking whirlwind of mystery, transgression, and self-discovery, Bianca Zander’s The Girl Below is a haunting tale of secrets, human frailty, and dark memory that heralds the arrival of an extraordinary new literary talent.

Beginning:  (London, 2003) Summer was high, the streets flared golden, and all around me the neighborhood sighed with so much privilege that I felt shut out—a stranger on the block where my childhood took place.  In the twenty years since we had moved away from Notting Hill, the suburb had changed beyond recognition, become a kind of joke—part tourist bauble, part film set—and a ludicrous place to say you were from.

56:  Someone bumped me from behind and spilled beer down my top, and I realized Alana’s colleagues were smiling at me in a keen way, undeterred by my sudden silence and oblivious to the gap between what I had been saying earlier and what I had been thinking.

I’ve been wanting to dive into this one, so now I’m excited.  What are the rest of you spotlighting today?  I hope you’ll stop by and share….