What starts out as a fun, slightly quirky tale of a flaky character named Poppy Wyatt, who loses her engagement ring and then has her cell phone stolen, morphs slowly into a lot more. Now we are on a journey about the connections we build through our technological devices. I’ve Got Your Number: A Novel reeled me right in to the relationship slowly forming between two accidental acquaintances, via a found cell phone in a bin; and just when it seemed as though it would stay at the funny, quirky level, something deeper started happening. Secrets, betrayals, and incidents of possible corporate sabotage emerge.

As Poppy and her techno-buddy Sam gradually learn more about each other, what, if anything, will happen between them? What will Poppy discover about her fiancé Magnus that could turn everything in a different direction?

Even though my version of the book was an ARC, I want to share an excerpt that sums up how a small piece of another person’s world, as seen via texts and e-mails, is just that. A very small piece.

In this excerpt, Poppy is drawing some conclusions, as she reflects on the e-mails and text messages she is privy to:

“All this time I’ve thought I could see Sam’s entire life. But it wasn’t his entire life, was it? It was one in-box. And I judged him on it.

“He has friends. He has a life. He has a relationship with his family. He has a whole load of stuff I have no idea about. I was an idiot if I thought I’d got to know the whole story. I know a single chapter. That’s all.”

A reminder to all of us who rely on the impressions we glean through social networks, e-mails, and texts: we are subjected to snippets of people, a version they choose to present to the world technologically. What does all of this say about us? And with this kind of communication, is there a way to form a real and lasting commitment?

The story is told in Poppy’s first person voice, and it didn’t take very long for me to root for her. I enjoyed this character even more than Kinsella’s famous Becky Bloomwood. I could relate to her in ways that I could not connect with Becky, even though I also adored that series. There was one annoying aspect of the writing style that subtracted from my enjoyment: An ongoing series of footnotes. Therefore, four stars!

8 thoughts on “ACCIDENTAL RELATIONSHIPS — A REVIEW” 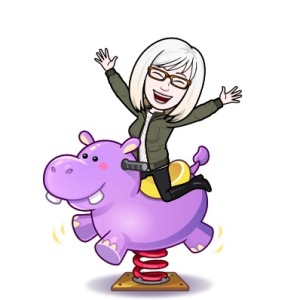